Why Christmas Eve 30 Years Ago is My Most Memorable… it’s not what you think. 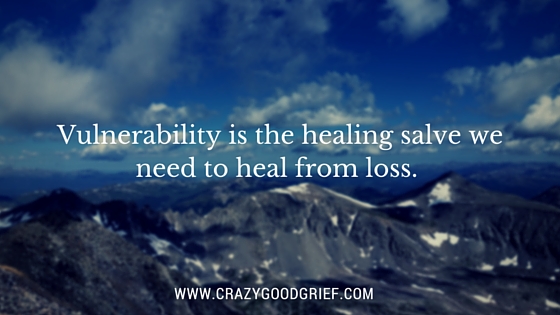 Growing up Christmas Eve was the day Santa delivered our gifts. Yes, in my family someone always dressed up as Santa and delivered the gifts on Christmas Eve. So, for a child, this was the day that created lasting memories. Like the year we suspected Santa was Grandad dressed up and the year my brother and I dressed up in the suit and handed out gifts. And the silly green felt bow-tie with red trees on it that my Dad wore every Christmas.

But it’s the Christmas Eve 30 years ago, when I was 16,  that is truly memorable.

I remember details about that day in vivid technicolor. I can tell you it was sunny but the air was Colorado winter crisp, the song on the radio was My Hometown by Bruce Springsteen,  the clock on the hospital room wall clicked along unusually loudly, the view from the first floor room looked out onto the parking lot. Even today I could find and walk into that same hospital room … not that I want to.

But also also remember the phone call that morning from the hospital. My Dad, who had been admitted the day before, had told his oncologist he was done fighting. He was ready to let go fighting the cancer that had consumed him first when I was only seven and then came back when I was twelve. 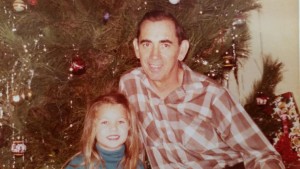 I was raised on and became fluent on the language of cancer treatment. My Dad had done it all…

Traditionally he had done chemotherapy, radiation and surgery. Non-traditionally I went with him to the Phillipino faith healers and watched them remove a dark & bloody tumor from his throat. He went to Mexico and Washington state for ‘alternative’ treatments.

Then there was the anti-cancer diet… every week we cleaned out the grocery store of all their carrots, which my Mom juiced by the gallon. He ate so much carrot juice his palms turned orange (no joke!).

Sitting at my make-up vanity that morning getting ready to go to the hospital, staring at myself and feeling a twinge of guilt that I had a sense of relief. For as long as I could remember every time I saw the first star in the evening I would wish,

“Star light, star bright, first star I see tonight. I wish I may, I wish I might, the first wish I wish tonight.”

And my wish would be for my dad not to suffer anymore.

For months I knew my Dad was slowly dying but no one talked about it. By the time he died his 5’10” frame weighed in at under 100 pounds.  So in all my 16 year old wisdom I self-mediated with booze, drugs and other bad behavior. After all, no one was paying attention to what I did and we didn’t talk about the elephant in the room.

What would I tell my 16 year old self?

It’s been thirty years, I’ve raised my own children and buried one. What would I say to the rebellious, angry teenager who was dealing with issues that were way beyond what she should understand or know how to handle?

Honestly I’m not sure what I needed to hear most,  but what I desperately needed was permission to let my guard down so that I could heal. It would take decades for me to learn how the best healing salve would be dismantling the brick wall I had build around my heart.  I think if someone would’ve put Brene Brown’s book, Rising Strong, in my hands it would’ve gone a long way.

To quote the incredible Brene,

“Of all the things trauma takes away from us, the worst is our willingness or even our ability, to be vulnerable. There is a reclaiming that has to happen” [click to tweet!]

I sat on the edge of the bed holding my Dad’s hand in the after noon, after lunch. If you had walked in the room you would’ve thought he was just taking a nap. Eyes closed and peaceful…

Except for the heavy sound of his breath against the fluid that was building up in his lungs. The tic-tok of that noisy clock would later count the moments between breaths until finally the clock continued on with its job of keeping time and my Dad’s breaths would stop.

I desperately wanted to tell him how much I loved him and how much I was going to miss him. In my head these words were being screamed at the top of my lungs. I hoped I was the screaming inside my head was loud enough for him to hear because I couldn’t say those words out loud. If I had opened my mouth I would’ve lost it, broke down through years of worry about life after he died.I feared I wouldn’t be able to stop crying, so instead I just kept yelling in my head while outwardly I quietly held his hand.

Even more worried that not being able to stop crying I knew that my position in the family mandated that I suck it up. It was my role as the Hero Child – Bright, smart, athletic, beautiful and never lose it.

Vulnerability wasn’t allowed and certainly there was no one in my immediate family who could’ve handled it…. and no one to play the role of Hero Child…. so I was left with the screaming voices in my head.

So, in those final moments, the moments I would never get back and never get a do-over, I couldn’t bring myself to tell my Dad out loud how much I loved him and how much I would miss him…. and still to miss him thirty years later. It required more vulnerability than was allowed in that moment.

One of the blessings I have received from healing after Brandon’s death is to finally have enough love and support around me to allow vulnerability to work it’s magic and create healing where I once thought it couldn’t exist. The process of reclaiming could finally happen.

I know my Dad loved me deeply and I’m sure he understands why, back then, I couldn’t speak those words outloud. But thirty years later,  I need to say:

Dad I love you so much and I miss you!

What are your regrets? How can you reclaim vulnerability as a healing tool?